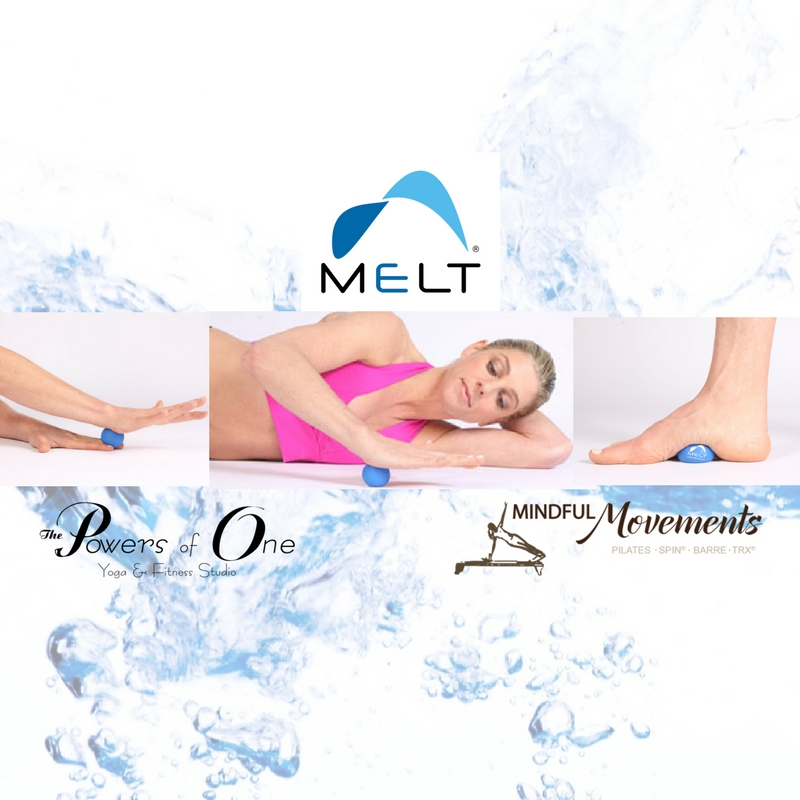 Erase pain and tension in your hands, feet, neck, and low back brought on by everyday stress, overuse, and age. This simple self-treatment can make your body feel better and provide relief from neck and low back pain, arthritis, bunions, plantar fasciitis, and carpal tunnel syndrome.

Come to a MELT Hand and Foot Treatment Intro Workshop and discover how the connective tissue in your body gets dehydrated, the common aches and pains it can cause, and how to rehydrate this essential system in our bodies for vibrant health and pain-free movement.

This course includes the M.E.L.T. starter kit (24.00 value) along with detailed instructions to help aide your home practice and the cost is $55. 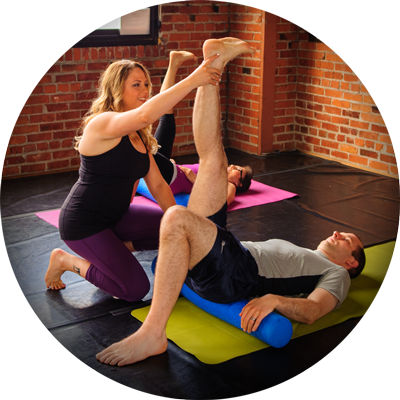 Most of us have heard of foam rollers and typically think of forcefully rolling out our muscles on a hard piece of plastic. MELT foam rollers are completely different. The movements aren’t forceful or painful and in fact, MELT focuses on promoting overall health by improving cell proliferation. So, instead of focusing on increasing the blood flow to major muscle groups like traditional foam rollers have done, MELT uniquely rejuvenates each cell by relieving stuck stress and increasing hydration to the collagen matrix. Sounds technical? Come join us on November 12 at Powers of One Yoga Studio as we learn the roller techniques and explain how MELT works. Click HERE to be taken to our event page on Facebook and HERE to purchase your tickets.

We will see you there!

For further information about the difference of MELT rollers vs. traditional rollers, visit HERE as Sue Hitzmann, creator of MELT, describes the science behind MELT’s roller method!

Pilates was found to be as effective for easing lower back pain as a general exercise program, a study found.

Low back pain affects millions of people, and in the Centers for Disease Control and Prevention’s “Health, United States 2006” report, low back pain was among the most common pain-related complaints. But as the authors in this study reported, there is
debate about which is better for pain relief: general exercise or specific, individually prescribed workouts.

Australian researchers randomly assigned 44 people to a Pilates program and 43 people to a general exercise regimen for six weeks. All ranged in age from 18 to 70 and had experienced chronic lower back pain for at least three months. Overall the study participants were slightly overweight, had a long history of back pain and about a third were taking medication for their condition.

Both exercise programs were held twice a week for an hour, and lasted six weeks. Both were supervised, but the Pilates group received individualized instruction based on their needs that included exercises on the reformer and trapeze equipment and emphasized exercise movement precision, breathing control, trunk stability and posture alignment.

The regular exercise group were given generic workouts that included cardiovascular exercise, stretching, strength training and body toning and resistance. Participants in both groups were also given exercises to do on their own at home.

They received questionnaires at six, 12 and 24 weeks that pertained to pain and function and general health-related quality of life.

After six weeks both groups showed substantial improvements in pain and disability compared with the beginning of the study, although the Pilates group had a slight edge over the general exercise group.

At the beginning of the study researchers thought the Pilates group might see more improvements than the regular exercise group. The comparable results, they said, could be due to the fact that some people with low back pain may respond better to Pilates exercises than others, but the groups were too similar to note differences. Also, since both exercise regimens involved back exercises they might have been too much alike.

The study was published online recently in the journal Medicine & Science in Sports & Exercise.